The incredible story of the beauties from Lipica

The event was also attended by representatives of ZRLS and some members of the association.

12.01.2022 In the cultural center Krpan in Pivka, the film Unbelievable story of the beauties from Lipica was shown, which presents the dramatic rescue of the lipizzan horses at the end of the Second World War. After the capitulation of Italy, at the initiative of the German army, the lipizzan horses were taken from Lipica to the Czech town of Hostoun, which after the war fell to the Red Army. At that time, the American army came to the aid of horsemen and horses and rescued the horses to the West in Operation Cowboy. The story of the rescue, which also inspired the Disney studios, was filmed as a feature documentary in the Kolut association. The filming was supported by the American Embassy in Slovenia, the Municipality of Postojna, the Pivka Military History Park, Lipica Stud Farm and Triglav Insurance Company. Drago Mislej Mef wrote the screenplay, Dušan Milavec directed it.

To the Czech Republic, to Hostoun, the Germans brought horses from the best stud farms in Europe, including all the most important Lipizzan stud farms. There were 375 of them. Alois Podhajsky, who for many years ran the Spanish court riding school in Vienna, was responsible for the Lipizzaners. The horses were cared for by prisoners of war together with breeders from the countries where the Lipizzaners came from. Among them were also 14 horsemen from Lipica. As the war drew to a close, there was a threat that the horses would surely become war booty or food for the advancing Red Army soldiers, as Czechoslovakia at the time was already under the Soviet occupation zone. It has never been explained who sent the German intelligence agent to the American side of the front, who brought with him the photos of the Lipizzaners from the Houston stable. Charles Hancock Reed, Colonel of the Second Cavalry Regiment of Patton’s Third Army, proposed a rescue operation called Operation Cowboy to General George Patton, who was a cavalry officer. The agreement between the Americans and the Germans, from the end of April 1945, stipulated that the Americans took over a thousand horses and 300 American and British prisoners of war. While moving west, the Americans encountered German soldiers who were unaware of the agreement. Two American soldiers lost their lives during the brief skirmish. On May 15, 1945, the horses went to Schwarzenberg in Bavaria. Between May 18 and 25, the horses went to Sankt Martin near Neustadt in two stages. From there, 215 horses were returned to Austria. Later, most of the horses and the archives of Kobilarna Lipica were handed over to the Italians. The Americans handed the Italians pedigree books and 80 Lippizzan horses, including five stallions, 42 mares and 33 foals. The herd was housed at the Montemaggiore stud farm near Rome. Only 11 lipizzan horses returned to the Lipica stud farm. This made it much more difficult to rebuild the herd in Lipica in the coming years. As already mentioned, the extraordinary rescue of the Lipizzaner also inspired Walt Disney, who made a film entitled Miracle of the White Stallions. After the screening, there was a conversation with Mrs. Marija Stopar Štefan and the director of the Pivka Military History Park, Janko Boštjančič. Mrs Stopar, daughter of the Lipica horseman Andrej Stopar, who accompanied the horses to the Czech Republic, explained life in Lipica in the conversation. She also explained how important the work of a horseman was for her grandfather and father. The director of the Pivka Military History Park, Janko Boštjančič, shed light on the multiple migrations of Lipizzaners since the Napoleonic Wars, during the Austro-French War, and during the First and Second World Wars. He explained that even during the wars, Lipizzans were treated as jewels and not as livestock. 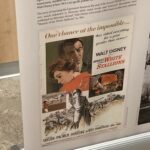 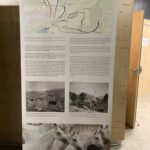 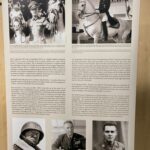 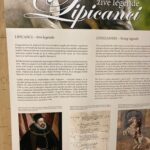